In possible defense of "white Santa"

OK...I saved this one to keep the sacredness of Christmas, but I now feel free to talk about it now. (Apologies to those celebrating Orthodox Christmas) 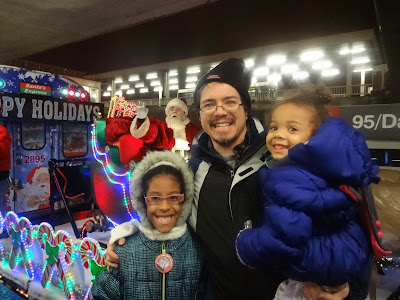 One of the latest flaps in the “war on Christmas” was the alleged ethnicity of Santa Claus.  I can’t defend Megan Kelly (of Fox News) saying Jesus is white. I picture Jesus being the male version of my daughters, who are a mix of African-American, Asian-American, European American with traceable Native American roots. The Bible clearly points out some non-Hebrew lineage (such as Rahab and Ruth), to emphasize Jesus’ racial “impurity”.

But I have to give Kelly  a little slack . She did challenge Karl Rove when he claimed that Romney won (or at least wasn’t willing to accept the results every news organization was broadcasting)

And more importantly, I think there are several great arguments why Santa has to be white,  but not because of Kelly’s reasons.

Consider the following questions as to why Santa “has” to be white:

Merry Christmas, and a Happy New Year in 2014, everyone!